Design a site like this with WordPress.com
Get started
Skip to content
khadijahaustin Uncategorized April 2, 2019April 2, 2019 2 Minutes

Martinique, ‘the island of flowers” is a French territory in the Caribbean.  It offers many leisured adventures which include watersports, places of interests, beaches, tropical forest, waterfall and trekking trails. Martinique is also recognized for its affluent cultural history which is combined with European, African, Indian and Caribbean traditions.

During the calendar year, there are many festivities: theatrical performances, religious and musical festivals and exhibitions but its carnival is the biggest cultural event.  It commences on the first Sunday after Epiphany during which numerous activities are held before the 5 day long climax.  Originally, Martinique’s carnival was reserved for French Catholics and rich colonies.  Masqueraders were dressed in luxurious costumes and attended masked balls and private banquettes.

After the abolition of slavery in 1848, carnival was opened to all and it embraced the beliefs and musical instruments of the former slaves:  tambourines, cha-cha, ti-bois.  It is also known as “Carnival Fever”, and is organized by members of the local government and representatives from the communities.  Many street parades and private celebrations are held. 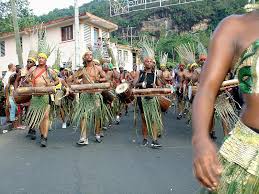 Unlike most carnivals in the Caribbean that have moved away from most of their symbolic representations and placed major focus on mass, expensive  skimpy costumes that are decorated with feather and beads, people dancing and drinking behind big music trucks,  Martinique’s carnival still maintains its cultural origins.  It is known for its colourful costumes, musical instruments: trumpets, horns, steel drums, bamboo sticks, pots and pans and rhythms that are fused with zouk and beguin.  The towns are represented by their elected Queen and junior Queen at the grand parade.   Special homage is paid to former African slaves by persons who are covered entirely in red clay, coated in sugar syrup and charcoal from head to toe. 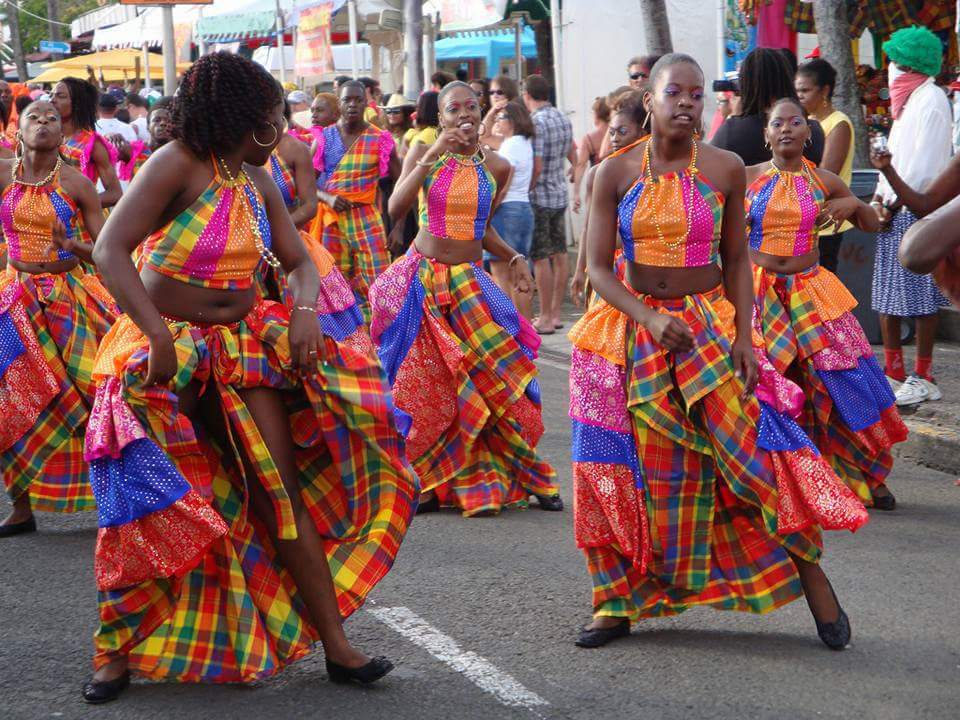 There are several themes during the five-day celebrations and all businesses are closed during this time.  Music is played for 24 hours non-stop and persons usually join in the carnival.

The weekend – persons dresses as they choose to.

Monday – Burlesque Weddings – men are dressed up as brides and as drag queens to honor the matriarchal roles in the society.

Tuesday – Devils day – costumes are red to depict the devil.

Wednesday – Ash Wednesday – black and white costumes to mourn the death of the VAVAL, who is burnt on a bonfire at nightfall.

The VAVAL or Carnival King is a satirical mannequin that represents a political or public official or an institution.  At the end of carnival, Martinique enters a solemn mood.  All festive activities, dancing, music and wedding ceremonies cease until after lent.

View all posts by khadijahaustin